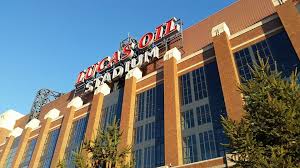 (INDIANAPOLIS) – Lucas Oil Stadium, home of the Indianapolis Colts NFL American football team, has become the latest US sports venue to cater to fans with sensory sensitivities by partnering with non-profit organization KultureCity in Alabama.

A designated quiet room has also been set up at the stadium to provide guests who may become overwhelmed by the atmosphere with a more secure space.

Staff at the 67,000-seat stadium have also been trained so they are better prepared to respond to fans who may suffer from sensory overloads caused by the heightened atmosphere on game days.

Bankers Life Fieldhouse in Indy and the Fort Wayne Children’s Zoo are the only other Hoosier venues to receive the certification.

Other major-league venues to have signed similar deals with KultureCity include Toyota Center, home of the Houston Rockets NBA basketball franchise, Fiserv Form, Capital One Arena, and U.S. Bank Stadium.