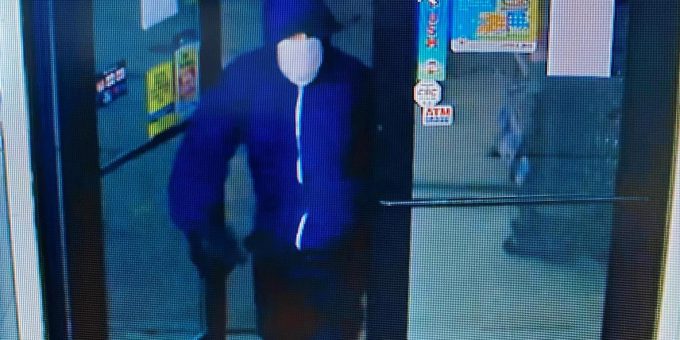 (LINTON) – On February 22, 2020, shortly after 10 p.m., a masked assailant entered into the Country Porch gas station, located on the west side of Linton.

Linton Police responded and began to process and analyze the physical evidence recovered from the scene. The perpetrator is reported as being between 5’2” and 5’6”, stocky build, and spoke with a slight accent.

Included is a photograph of the masked perpetrator from the armed robbery. Law enforcement hopes that the build, body size and stature will help identify the perpetrator.

Police are requesting anyone with information related to this armed robbery to contact the Linton Police Department at 812-847-4411, or report anonymous tips to Greene County Crime Stoppers at 812-847-5643 or 812-TIP-LINE.

This investigation is still ongoing, and all subjects are considered innocent until proven guilty in a court of law.