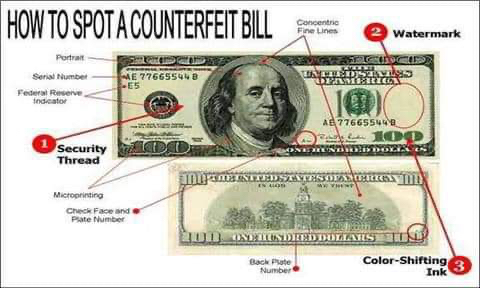 Detectives are attempting to obtain security footage of the male described as in his 30s, with balding hair who is passing the counterfeit money.

“If you have someone asking to make change for a $100 bill or you work where people pay for merchandise or services, be extra vigilant when accepting payment,” says Chief Terry Moore.

If you have information on who the male may be, contact the Bedford Police Department by leaving information here or call 812-275-3311.

Counterfeit bills have also been circulating in the Seymour and Jackson County area.