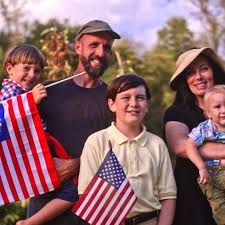 The 16-page lawsuit filed on Friday afternoon in U.S. District Court by Attorney Michael Bruzzes argues the city violated Dye and Mackey’s First and 14th constitutional rights during the summer of 2019 at the Bloomington Community Farmers’ Market.

The lawsuit is seeking a judgment declaring the city’s conduct unconstitutional, and damages including court costs and attorney fees.

Protest at the Farmers’ Market protestors claimed Dye and Mackey are white supremacists who support Nazi ideology, and discouraged those attending the market to purchase produce from Schooner Creek Farm.

On July 31, the Bloomington Farmers Market was suspended for two weeks due to public safety concerns. The City of Bloomington wanted what they called a ‘cooling-off period’ and to also find a way to address public concerns.

Major John Hamilton said – “There is no place for hate and as a city, we must condemn all levels of discrimination based on race, age, gender, and disability. We want to make Bloomington a welcoming community, and we have grown in size over the last several years because we are  a diverse and welcoming community.”

“Like many, I have spoken out condemning connections to white supremacy in our market. We know active community members have organized education and advocacy campaigns, as well as economic responses including boycotts, and I am fully supportive of those efforts.”