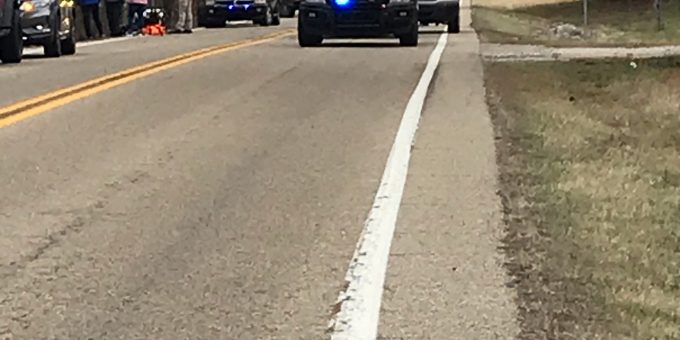 (MITCHELL) – A Bedford man was injured in an accident on US 50 near Kings Ridge Road this morning.

When Lawrence County Sheriff deputies arrived they found a 2013 White Ford F-150 with heavy front end damage off the north side of US 50 West.

Officials say that the driver, 19-year-old Ezra Sullivan, was trapped inside the vehicle.

Sullivan suffered a laceration to the side of his head and possible internal injuries.

Sullivan told recuse crews that he had fallen asleep while driving east on US 50.

Police say the truck traveled east, drove across the westbound lane and then left the roadway and collided with several trees along the roadside.

A Stat Flight medical helicopter flew to the scene. Marion Township Volunteer Fire Department helped at the landing area. Sullivan was transported to the University of Louisville Hospital for treatment.