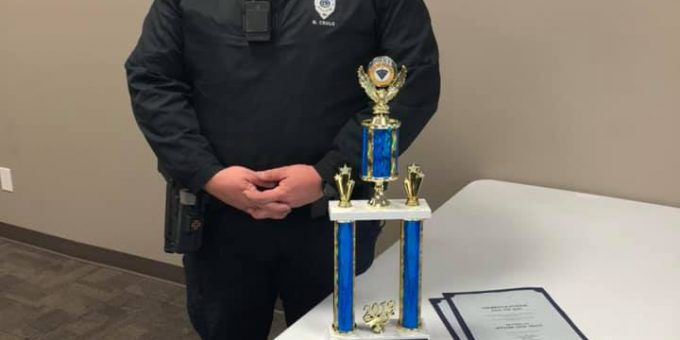 (BEDFORD) – Congratulations to Bedford Police Officer Nick Crulo for being named the Department’s Merit Officer of the Year and receiving the Top Gun Award.

Officer Curlo has been with the department since January 2019.