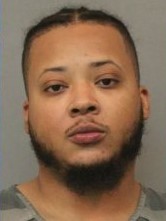 (CROWN POINT) – An Indiana man was arrested after a woman caught him raping her 8-year-old daughter while she was putting her other children to bed, according to court documents obtained by the Northwest Indiana Times.

Court documents say the woman screamed, and Wilson acted drunk and fell on the floor as if he passed out.

The woman told police her daughter was shaking in fear, and she told her mom Wilson touches her inappropriately while the mother is at work.