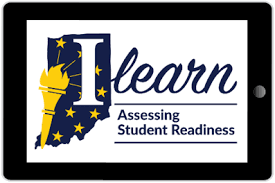 The bill signed by Gov. Eric Holcomb grants a two-year delay on schools receiving a lower A-F state rating based on scores from the 2019 or 2020 ILEARN exams. It also prevents the scores from being used in teacher evaluations, which are used in determining merit pay raises, unless the results would improve a teacher’s performance rating.

Holcomb and Republican legislative leaders called for the delay in August before the new exam scores were even released to the public. The bill passed with unanimous support in both the House and Senate.

Holcomb says the delay will ensure that students, teachers and schools have the time they need to successfully adjust to the new exam.

Statewide results for the spring 2019 ILEARN exam show that 47.9% of students in grades 3-8 met or exceeded proficiency standards in language arts and 47.8% met or exceeded them in math. Those are both more than 10 percentage points lower than the passing rates in 2018 for the pass or fail ISTEP exam.

About 500,000 students took the new ILEARN test last spring after the Republican-dominated Legislature in 2017 ordered it as a replacement for the much-maligned ISTEP exams.