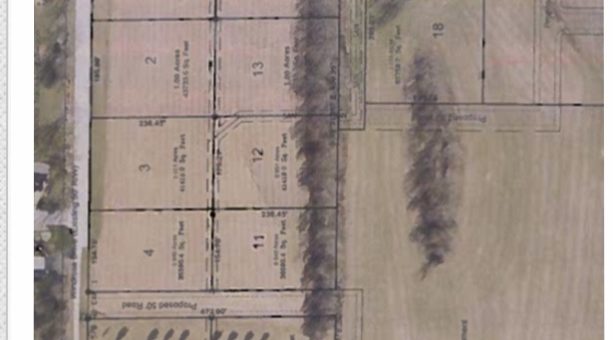 (BEDFORD) – The Glen Meadows Development project has been tabled for another public meeting at the recommendation of Plan Commission members who want the plans for sewers finalized before the project moves forward. The developer is City Attorney Greg Pittman and Corey Allen attended Tuesday’s meeting to answer questions and provide details of the project.

Tuesday afternoon several residents in the area shared several concerns about the project. The major concern centered around what kind of sewer system will be put in place, lift station locations, and water runoff. Erosion has already started to fill in a nearby pond with an increase of development in the area.

Five members who spoke out with concerns were Shawn and Mary Laszlo, Michael and Carol Hane, and Brent Buckalew.

The residents are wanting better communication between the developer and those living near the future development. They claim they have been waiting six years for things that were promised and still have not been implemented.

Bedford Police Chief Terry Moore and Board of Works will address issues surrounding; speed limits, street parking, speeding vehicles, and street lighting. These were other concerns that residents would like to see addressed before this development is moved forward.

The development itself will be zoned R-1 which means the houses built in the area will only be single-family homes.

The Plan Commission members thanked them for their input and the project will have another public meeting in March.

The Plan Commission approved a minor subdivision located at 233 Eastlake Drive. The 20 acres owned by Trey and Christina Chastain will be subdivided into two lots one 18.56 acre lot and a second 1.44 acres. There was no one who objected to the project at the meeting and no complaints received at the Planning Office.

Turn-Key Enterprises requested a change of zoning for 1321 16th Street. It is currently zoned R-4 and Turn-Key would like it to be changed to B-2 for office use. There was no one to speak against the request at the meeting and no one filed any complaints at the Plan Commission. The Plan Commission approved the request with Plan Commission member Angela Hawkins, who owns the property, abstaining from the vote.