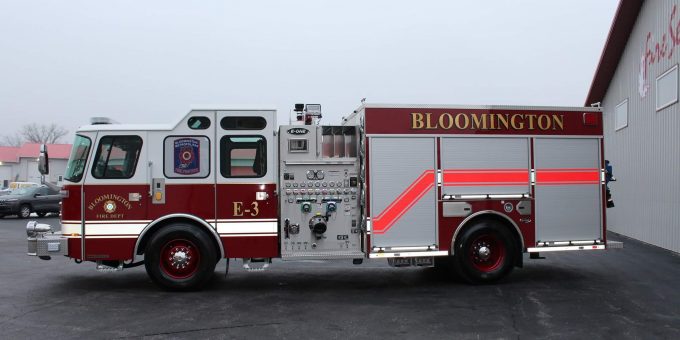 The event will start at 11:45 a.m. Thursday, at University Station, at 900 North Woodlawn Avenue. There will be refreshments and tours of the new vehicle.

The 2019 E-One Typhoon Pumper was purchased through Public Safety Local Income Tax (PS-LIT) revenues for $530,000 to replace a 12-year old Ferrera Inferno.  The adoption of the PS-LIT in 2017 has allowed the BFD to make capital improvements to replace aging apparatus and standardize the fleet for increased efficiency. This is the fourth fire apparatus purchased and delivered since 2016.  Since 2016 BFD has achieved a three-minute reduction in response time to an emergency. During that period, BFD has been credited with saving nine lives from fire incidents and one from a vehicle.

A push-in ceremony is a firefighter tradition for inaugurating a new apparatus.  The tradition recalls the days before the motorized fire apparatus when garaging a hand-drawn hose cart or a horse-drawn steam engine in the firehouse required a hands-on approach.