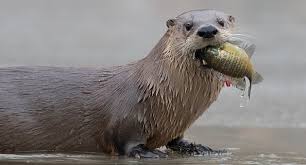 (UNDATED) – Since being reintroduced to Indiana in the late 1990s rivers otters are once again starting to thrive in the Hoosier state.

Over trapping and unregulated harvesting of otters in Indiana led to them being officially declared extinct in Indiana in 1942. But, through those reintroduction efforts in the late 90s, Indiana DNR furbearer biologist GeriAnn Albers tells Indiana Outdoors they are doing “very, very well.”

“This is actually our fifth (otter trapping) season,” Albers said. “We need five years of data for us to see if our model is working and behaving correctly. This time next year we’ll know what the model is telling us and if we need to adjust our quotas.”

River otter trapping season came to an end early this year after starting in mid-November because trappers have met the quota of 600 harvested otters as sat by the Indiana Dept. of Natural Resources. Most of the otters trapped were in northern and southern counties, which are the areas river otters were released back in the 90s.

“They are pretty much in every county now,” said Albers. “I think there are six counties were we have not had a confirmed otter.”

“Once they came back they took over very quickly,” she added. “Because with a lot of the efforts to improve and clean up the water quality of our rivers and creeks and streams, as well as helping our fish populations to be healthy, which is one of their main food items, there is just good habitat.”

It’s not knowing exactly how many river otters are now in the state, but Albers said the fact that this is the earliest trappers have hit the 600 otter quota since first allowing the trapping of otters in 2015 is a good indication that river otters are rapidly increasing in number in Indiana.