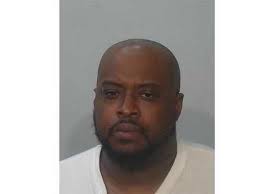 (FORT WAYNE) – A Fort Wayne man who pleaded guilty to stabbing his mother to death was sentenced Monday to 55 years in prison by a judge who called her slaying “a horrific crime.”

Cordell Hughes, 41, had pleaded guilty to murder in December in the February 2019 killing of his mother, Carmen Hughes, 60, inside her apartment in the northeastern Indiana city.

Police officers found the former postal worker dead in a chair in her apartment. Her carotid artery and jugular vein had been cut and she had a second puncture wound in her left lung.

“This was a horrific crime,” said Allen County Superior Court Judge David Zent. “The photographs show what a brutal event this was.”

Cordell Hughes told the police that he arrived at his mother’s home and found the door unlocked. Detectives said he had tried unsuccessfully to use her debit card.