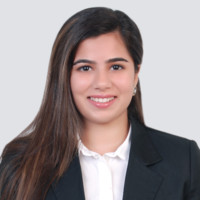 (BLOOMINGTON) – An Indiana University law student died after being struck by an SUV while crossing the street at the intersection of Washington and Third streets Saturday night.

According to Bloomington Police, 25-year-old Purva Sethi was crossing Washington Street when the 2019 Ford Expedition hit her around 6:30 p.m.

Police say Sethi was crossing the street legally and had the right of way.

Police say security camera footage from an apartment complex at the intersection clearly showed the accident. Police say Sethi had three seconds left to cross the street when the accident happened.

Police say the driver of the SUV, a 59-year-old man from Illinois, had stopped at the red light on Third Street. He looked to the left to make sure there was no oncoming traffic and then made a right turn.

The driver told police he didn’t see a pedestrian. But said his vehicle had run over something and he pulled over and saw the female lying in the road.

Police say the driver showed no signs of being impaired, but he did submit to a blood draw which is standard protocol after a fatal accident.

He was cited for failure to yield the right of way.

The Maurer School of Law sent an email to students and staff about Sethi’s death:

It is with great sadness that I write with tragic news. I have been told that earlier this evening 3L Purva Sethi was struck and killed by a vehicle in downtown Bloomington. Purva’s parents have been notified, and her family is flying to Bloomington. Our thoughts and deepest condolences are with her family, her fiancé, and her loved ones.

We are heartbroken by this tragic event. We are sorry to have to impart it by email, but Purva was beloved by our community, and we wanted to get the word out as quickly as possible. The Law School is in contact with IU campus and university offices, and we hope to have counselors available Monday. Dean Orenstein and Director Beck in Student Affairs encourage you to reach out to them if you would like to talk.

The Law School does not have much information. I will write again with details for where to send condolences and other information as soon as I have it. The Law School will hold a memorial depending on family wishes. For now our hearts go out to Purva’s family during this time of loss and grief.