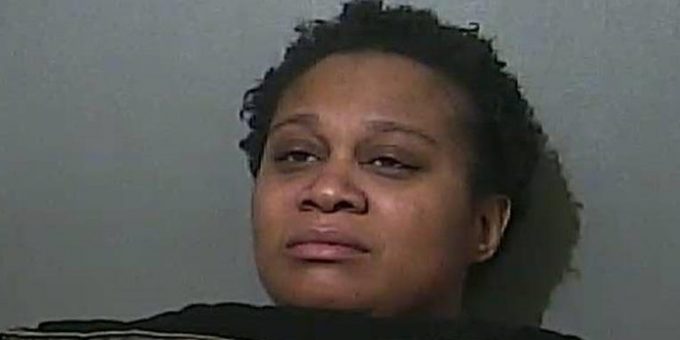 (TERRE HAUTE) — A western Indiana woman has been accused of biting a state trooper’s arm following a traffic stop in Vigo County, southwest of Indianapolis.

The 38-year-old Daphney Allen, of Terre Haute, was a front-seat passenger in an SUV stopped Friday night for running a stop sign, state police said Saturday in a release.

Police arrested the driver, 51-year-old William Roberts, for drunken driving and other charges.

Police say Allen initially refused to identify herself to the trooper and had to be removed from the SUV and arrested. She also is accused of damaging a patrol vehicle and hitting a jail officer in the face.

Three children in the rear of the SUV were released to the woman’s grandmother.