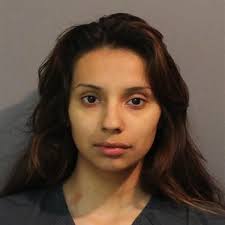 (HAMMOND) — A northwestern Indiana woman faces at least three years in prison after she pleaded guilty to scalding her toddler.

Cristiana Mendez, 23, of Hammond, pleaded guilty on Thursday to neglect of a dependent resulting in bodily injury. In exchange for the plea to the felony charge, prosecutors dropped several other counts, The (Northwest Indiana) Times reported.

Mendez placed her then-19-month-old son in a dangerously hot bath in July 2017 and poured a cup of scalding water over him, according to the plea agreement. The boy suffered burns on about 40% of his body.

Prosecutors say he has had multiple skin grafts.

A hearing was set for March 12.