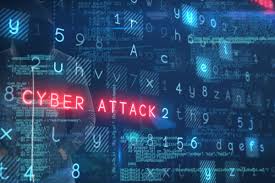 (BEDFORD) – Lawrence County officials continue to assess the extent of a recent cyberattack.

Experts from the Secretary of State’s Office are assisting with a software called Fire Eye. Other state agencies have offered assistance as well.

All Lawrence County officeholders and employees are pulling together as a team to continue serving the public.

At this early stage, the county’s information technology service has not yet determined the type of attack. However, it appears that multiple critical systems have been impacted in all county offices.

There is an ongoing coordinated effort to address the problem and public safety is their first priority.

911 services and administrative telephone lines at the sheriff’s office have not been affected. However, telephone services in most other county offices are down.

At this time officials do not have a timeline for restoration of services and will update the public as soon as more information is available.

Officials ask the public to be patient with all county offices until the situation is resolved.