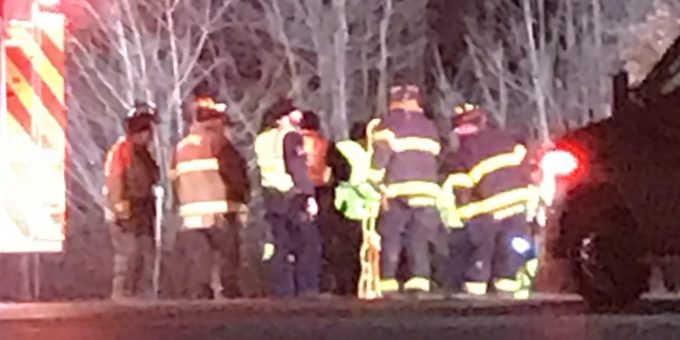 Both the northbound and southbound lanes had a layer of ice covering the two bridges. The Bedford Police Department and the Lawrence County Sheriff’s Department worked to slow down the traffic to prevent further accidents. The closure lasted over an hour, prompting motorists to line-up along Old State Road 37 at Hubler Chevrolet until the highway could be re-opened.

Around the same time, there was an accident in the northbound lane of State Road 37 just south of Stevens Lane. A vehicle went over the embankment and the occupant of the vehicle was trapped inside. At this time we do not have an accident report or information on the accident victims’ injuries.

The Indiana Department of Transportation was called out to salt and sand the area around the accident scenes. Temperatures at the time of the accidents were 28 degrees and a thin layer of ice could be seen on the roadways from Bedford to Mitchell.