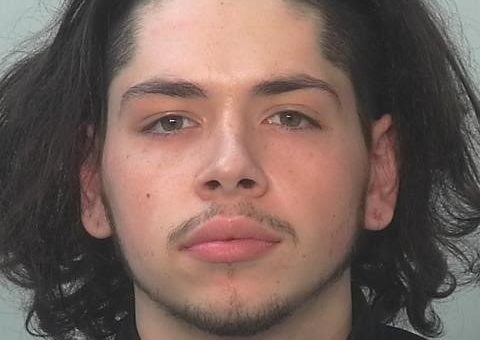 (FT. WAYNE) – A month-long joint investigative effort by the Indiana State Police and the Fort Wayne Police Department, looking into an armed robbery incident that occurred at the Economy Inn on Fort Wayne’s northwest side in January, resulted in the arrest of a Fort Wayne man yesterday.

On January 9th, officers with the Fort Wayne Police Department were called to investigate an early morning shooting incident at the Economy Inn on West Coliseum Boulevard.

Police found an injured adult male victim who had been beaten and robbed at gunpoint in the parking lot of the Economy Inn.

Over the course of this past month, detectives with the Indiana State Police and the Fort Wayne Police Department continued diligently following investigative leads in this case and identified 20-year-old Gage Christopher Oberley, of Fort Wayne.

Late Tuesday evening, officers assigned to the FWPD Gang Task Force intercepted Oberley during the course of an unrelated traffic stop. Oberley was taken into custody without incident and interviewed by State Police detectives.

Oberley was then transported to the Allen County Jail on charges of armed robbery, theft, and possession of a handgun without a license.