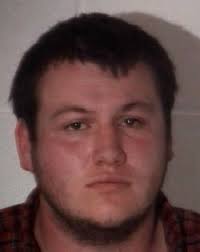 (BEDFORD) – The Indiana Court of Appeals ruled the sentence for convicted murderer Evan Schaffer is appropriate.

Schaffer, 24, was sentenced by Lawrence County Superior Court I Judge John Plummer III to 63 ½ years in prison for the April 2017 shooting death of 25-year-old Justin Lampkins at the McDonald’s drive-through in Bedford.

During the trial, then Lawrence County Chief Public Defender David Shircliff, claimed Schaffer acted in self-defense after Lampkins threatened him with a tire knocker and choked him.

In regard to his sentence, when reviewing the nature of the offense, the Indiana Court Appeals ruled the details and circumstances of Schaffer’s offenses illuminate the senselessness of Lampkins’s death. Schaffer started a tragic chain of events by overreacting to a minor provocation (honking horn) in a fast food drive-through line. He instigated a physical confrontation with Lampkins, and although he could have walked away and stayed away after punching Lampkins, he instead continued returning and trying to fight. He then made the decision to escalate the violence by arming himself with a handgun, one that he had no license to carry, threaten Lampkins with it, and then aim and fire it at close range into Lampkins’s chest. As noted earlier, “Schaffer started the fight, and Schaffer finished the fight.”

The court also reviewed Schaffer’s criminal history. “Although not extensive, Schaffer does have a troubling criminal history. He has a minimal criminal history in Minnesota that involved reckless driving, and less than two months before his current offenses, Schaffer was charged in Indiana with level 4 felony arson. As observed by the trial court, while Schaffer was out “on pretrial release on [this] serious felony arson charge when he chose to illegally possess a firearm, and consume large amounts of whiskey, which obviously put people at risk and contributed to his decision to disregard the sanctity of human life and murder Lampkins.”

The court agreed with Judge Plummer saying Schaffer’s behavior demonstrated a clear “disdain for the law” even after he had already been subjected to the “police authority of the State.”

The court’s final ruling – “Schaffer has not met his burden to demonstrate that his aggregate sentence is inappropriate in light of the nature of the offenses or his character. We therefore affirm the convictions and sentences imposed by the trial court .”

In April 2017, Schaffer was living with his aunt and uncle, Matt and Elizabeth Franklin, in Orleans, Indiana. His cousin, Zachary Franklin, as well as Zachary’s friends, Jacey Lewis and Samuel Payton, also lived in the home. On April 22, Schaffer, his aunt, his cousin, and the two friends were hanging out drinking alcohol and eating dinner when they decided to go fishing at a quarry in Bedford. Schaffer was drinking both beer and whiskey.

Around 10:30 p.m., they got into his aunt’s black pickup truck and drove to Bedford. They fished for a few hours, and Schaffer continued to drink alcohol. While fishing, Schaffer became upset while text messaging with his girlfriend which caused him to throw his cell phone into the quarry.

Around 1 a.m. on April 23, the group was done fishing, and they decided to go to McDonald’s in Bedford. At the same time, Justin Lampkins, his girlfriend, Jennifer Patterson, and his friend, Joshua Grissom, decided to stop at the same McDonald’s on their way back from a trip to a casino in French Lick.

When Lampkins arrived in the drive-through line, there were two vehicles in front of his: a red sedan, and the black pickup truck carrying Schaffer and his group.

After Schaffer’s group ordered, his aunt, who was driving, pulled the truck forward toward the first window but not far enough so that the red sedan could reach the order board. At that point, somebody honked a horn. Schaffer and Samuel decided to exit the truck and confront the people in the red sedan.

The people in the sedan pointed to Lampkins’s vehicle. Schaffer approached Lampkins’s truck and punched Lampkins through the open driver’s side window. Lampkins told Grissom to call 911. Two McDonald’s employees who happened to be outside the store tried to intervene and defuse the situation by directing Schaffer back to his truck. Schaffer and Lampkins were yelling at each other. The employees finally got Schaffer back to his truck, but Schaffer came back to Lampkins’s truck and done the same exact thing, so the employees tried again to separate the two. One of Schaffer’s friends tried to reason with Schaffer and push him back, but Schaffer resisted. Even while back at his truck, Schaffer continued to attempt to return to Lampkins’s vehicle. Patterson saw Schaffer retrieve a handgun from the truck.

While Grissom was still on the phone with 911 dispatch reporting the incident, Lampkins exited his vehicle, taking with him a small tire-knocker he kept by his seat. The tire-knocker had the appearance of a “little tiny club” that was approximately a foot long. As Lampkins exited his vehicle and began walking toward Schaffer with the tire-knocker in hand, Grissom saw Schaffer draw his gun and point it at Lampkins’s head. Lampkins slapped the gun away from his face, put his hand on Schaffer’s neck, and pushed Schaffer backward away from the other people in the drive-through line.

Although Lampkins had the tire-knocker in his hand, he did not swing it or hit Schaffer with it. As Lampkins was pushing Schaffer backward, Schaffer raised the gun toward Lampkins’s chest and fired. Lampkins immediately dropped to the ground.

After shooting Lampkins, Schaffer walked away, and the other members of his group picked him up in the truck and drove off. Once in the truck, Schaffer told one of his friends that he had just “ruined his life.”

Just before the truck was stopped by police, Schaffer threw something out the window. Officers found a 9-millimeter Taurus handgun approximately 18 feet from the truck. Forensic examination revealed one of Schaffer’s
fingerprints on the magazine of the gun.

Lampkins was transported to the hospital and died around 2:30 a.m. on April 23, 2017. Lampkins had suffered a gunshot wound to the left upper chest, and his cause of death was massive blood loss. A bullet was located in his spine, just below the breastbone. A forensic examination confirmed that the bullet was fired by the Taurus handgun.