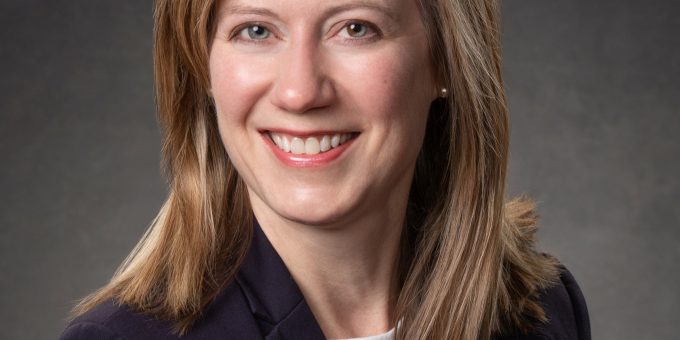 “My past experience in Lawrence County over the last 20 years proves my dedication to our community. As Judge, I will be fair and honest. I will uphold the law faithfully and impartially. I would be honored to continue serving the citizens of Lawrence County as Judge of Superior Court II.”

Collier was born and raised in Lawrence County, Indiana. She graduated salutatorian from Bedford North Lawrence High School in 1992 and earned a B.A. with distinction from Indiana University in 1996 with a major in criminal justice.

Collier made Lawrence County community outreach a priority, playing significant roles in many programs including, Safe Night, Red Ribbon Week, Kinderprint, the Truancy Intervention Program, Career Day, and Reality Store. With the firm belief that fairness, integrity, and impartiality are the cornerstones of justice, Collier dedicated her time to serving the most at-risk children in our county.

She was instrumental in the creation and implementation of a Batterer’s Intervention Program for juveniles and helped launch, and also served on, the Lawrence County Juvenile Drug Court, the Juvenile Detention Alternative Program, and the Lawrence Circuit Court Problem Solving Court. Collier also served on the Juvenile Justice Coalition, the Child Abuse Multi-Disciplinary Team, the Dual Status Youth Team, and the Lawrence County School Safety Commission. Collier received recognition from the Indiana Prosecuting Attorneys Council for her service on the Child Support Alliance Board. Additionally, during her 19 years with the Lawrence County Prosecutor’s Office, Collier assisted with law enforcement training and provided guidance to law enforcement regarding current law, policy, and procedure.

A strong proponent of education and a tough advocate for the safety and fair treatment of children, Collier was appointed by Judge Andrea McCord to the North Lawrence Community School Board of Trustees in 2013. She was elected to that position in 2014 and is currently serving her second elected term on the NLCS Board. During her tenure, Collier previously served as president and vice president. She also successfully advocated for technology in the classroom and the creation of an alternative school. Collier continues to serve on the Lawrence County School Safety Commission in that capacity. Collier also served as an Instructor at Ivy Tech Community College where she taught Criminal Justice and Criminal Law.

Collier is currently a Deputy Prosecuting Attorney in Monroe County, where she handles support enforcement cases. She previously prosecuted a variety of other cases including, Operating While Intoxicated and felony drug cases. Collier is also a Registered Indiana Domestic Relations Mediator.

Collier lives with her husband, Aaron Collier, and their child in Williams. They are members of Old Union Christian Church in Fayetteville. She enjoys spending time with her family, hiking, gardening, and walking their dogs, Sadie, Hundley, and Buddy.