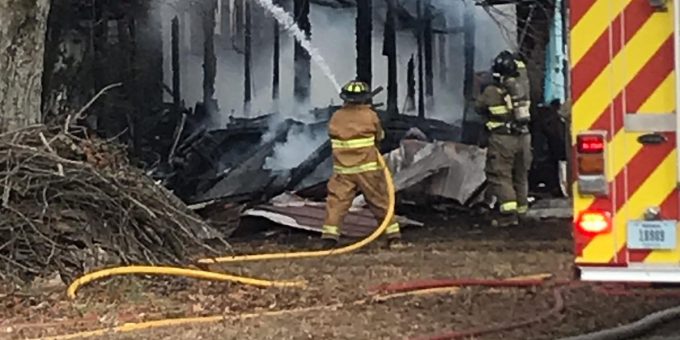 (MITCHELL) – Firefighters from Marion Township and Mitchell City Fire Department was dispatched to a house fire at 4739 Stonington Road.

The area had no fire hydrants, so Huron Fire Department was also dispatched for manpower and tanker support.

The smoke from the blaze could be seen from State Road 37, and firefighters arrived to find a 30-foot by 40-foot home heavily involved in a fire.

The Mitchell Fire Department used their squad truck to battle a second field fire that was started from the house fire.

The winds made fighting the blaze difficult. The home was a total loss.

All of the occupants were out of the residence and no injuries were reported. There was no word who owned or occupied the residence in a press release by the Marion Township Fire Department.