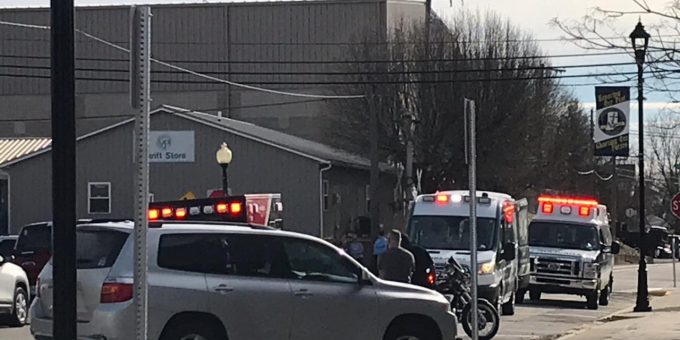 Bedford Police were alerted to the crash at 2:14 p.m.

According to a Bedford Police report, 61-year-old Charles Mullinax, of 1128 N St., was traveling south on J Street on his 2007 Honda VT600 series. Police say he was not traveling at a high rate of speed. when his front tire got stuck in the old railroad tracks causing him to crash.

Due to Mullinax’s injuries, he was not able to speak to officers about the accident.

Mullinax suffered several broken ribs and most likely internal bleeding. He was taken by an AMR ambulance to St. Vincent Dunn Hospital and then flown by medical helicopter to a Louisville Hospital for critical care treatment.