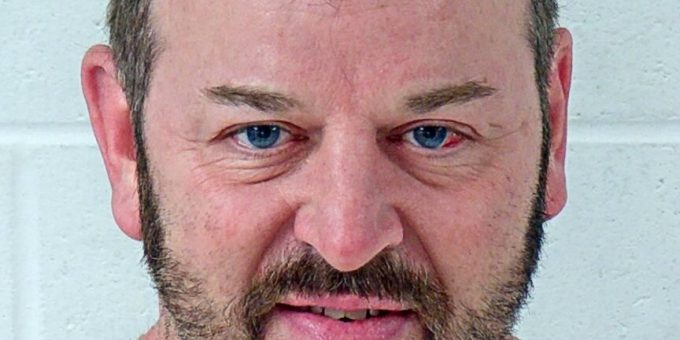 (BEDFORD) – A Bedford man was arrested after Bedford Police officers were called to a home in the 1710 block of 15th Street after a report of a domestic fight.

When police arrived at 9:51 p.m. police found a juvenile female in the front yard saying her dad was hurting her sister.

“Officers entered the home and found 39-year-old Reno Bates holding down a juvenile female by the hair and yelling in her face,” says Chief Terry Moore. “Officers told Bates several times to let go of the female and he became abrasive with officers.”

Officers told Bates to step away from the situation and he began pushing one of the officer. According to a probable cause affidavit, another officer used his taser to take Bates to the ground and he continued to resist as officers attempted to handcuff him.

“Once outside Bates started screaming and refusing to get into the police vehicle and eventually was transported to a local hospital and released,” Chief Moore added.

The victim told police Bates was mad at her because she had said something about his drinking. She refused to file charges, but because of the violent situation officers arrested Bates for injuring his daughter. The Department of Child Services was also alerted.

Bates was taken to St. Vincent Dunn Hospital for a medical evaluation and then arrested on charges of resisting arrests, disorderly conduct, and domestic battery.