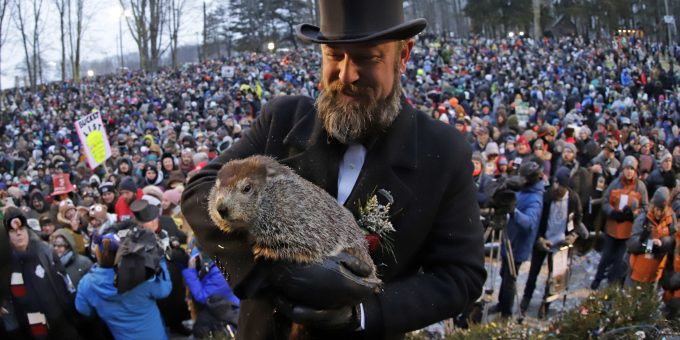 (PUNXSUTAWNEY, Pa.) — Pennsylvania’s most famous groundhog on Sunday declared: “Spring will be early, it’s a certainty.”

Awoken by the crowd’s chants of “Phil!” the groundhog was hoisted in the air for the assembly to hail before making his decision. He then grasped the glove of a handler as a member of his inner circle announced that spring would come early this year.

The annual event has its origin in a German legend that says if a furry rodent casts a shadow on Feb. 2, winter continues. If not, spring comes early.

In reality, Phil’s prediction is decided ahead of time by the group on Gobbler’s Knob, a tiny hill just outside Punxsutawney. That’s about 65 miles (105 kilometers) northeast of Pittsburgh.