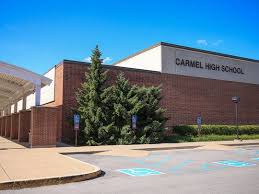 (INDIANAPOLIS) — A woman whose former high school swim coach is now imprisoned for sexually exploiting her while she was a member of the swim team is suing a suburban Indianapolis school district, alleging that it failed to protect her from the abuse.

John Goelz, a former swim coach at Carmel High School, pleaded guilty last year to sexually exploiting the then 17-year-old student athlete and to possessing child pornography. The 31-year-old is now serving a more than a 16-year sentence in federal prison.

The victim, now 18, filed a federal lawsuit Wednesday in U.S. District Court in Indianapolis accusing Carmel Clay Schools and the district’s high school swim coach, Chris Plumb, of allowing her sexual exploitation to continue despite warnings that Goelz was having inappropriate relationships with female swimmers.

The lawsuit alleges that the district and Plumb failed to protect her from Goelz, who “savagely and repeatedly raped and sodomized” her.

The woman’s lawsuit also names Red Roof Inn as a defendant, arguing that the company didn’t properly train its staff to prevent sex crimes on its Anderson, Indiana, property, where Goelz filmed her during sexual activity.

The Associated Press doesn’t identify victims of sexual abuse without their permission.

Courtney Taylor, a Carmel Clay Schools District spokeswoman, said the district is aware of the lawsuit but hasn’t received a copy of it yet.

“For this reason, we cannot speak to the specifics of the case,” Taylor said. “We will follow the legal process to appropriately respond to the claims.”

Red Roof Inn said that it’s not commenting on the pending litigation.

The lawsuit alleges that the woman has suffered personal injury from being sexually exploited and having her privacy invaded at the Red Roof Inn by Goelz.

She’s seeking damages due to alleged negligence by Plumb, Carmel Clay Schools and Red Roof Inn as well as damages from Goelz because of battery, according to the lawsuit. She is asking that a jury decide the amount.