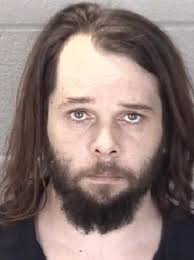 (LAFAYETTE,) — A northwestern Indiana man faces criminal confinement charges for allegedly chaining three children to their beds and threatening to hit them with a belt if they moved.

Ryan Alexander Hubertz Bass, 28, was charged Tuesday with three counts each of criminal confinement and neglect of a dependent and one count of battery on a person younger than 14. The Lafayette man was arrested Jan. 22 and he remained in the Tippecanoe County Jail on Thursday.

The person who reported the alleged abuse after noticing facial bruising on one child told officers Bass began chaining the youngest child to a bed to keep that youngster “from getting into things,” according to a probable cause affidavit.

One of the children told police Bass would order them lie on the floor, and if they moved, “they get the belt,” according to the affidavit.

Bass’ fiance told officers Bass began the chaining after one of the youngsters ran from the house and into traffic last summer, according to the affidavit.

A message seeking comment was left Thursday for Bass’ attorney.