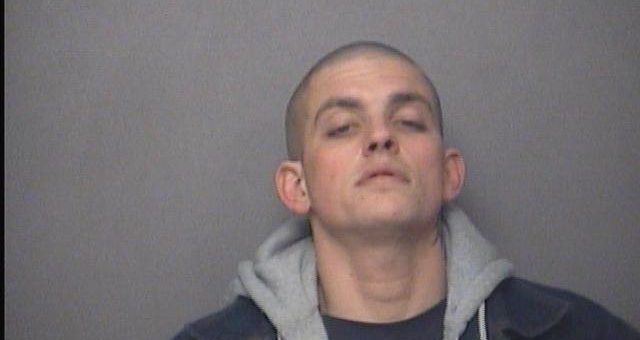 (PIKE CO.) – On Wednesday at approximately 9:18 p.m., a Pike County dispatch received a 911 call from the Quick Pick gas station in Winslow regarding a male that was causing a disturbance inside the store and a man leaving without paying for a fountain drink.

Moments later, Petersburg Police and Indiana State Police arrived to find the male still in the parking lot near the gas pumps. The male was identified as 32-year-old Kolby Jenkins, of Petersburg.

Jenkins displayed signs of impairment. Officers reviewed the store’s surveillance video and determined Jenkins left the store without paying for the drink.

The video also showed Jenkins driving his van into the parking lot and stopping near the gas pumps. Field sobriety tests revealed Jenkins was impaired, but he refused to submit to a chemical test. Further investigation revealed Jenkins is a habitual traffic violator, which prohibits him from driving.

Jenkins was arrested and taken to the Pike County Jail where he is currently being held on felony charges of operating a vehicle while intoxicated with a prior conviction, being a habitual traffic violator, and a misdemeanor charge of theft.