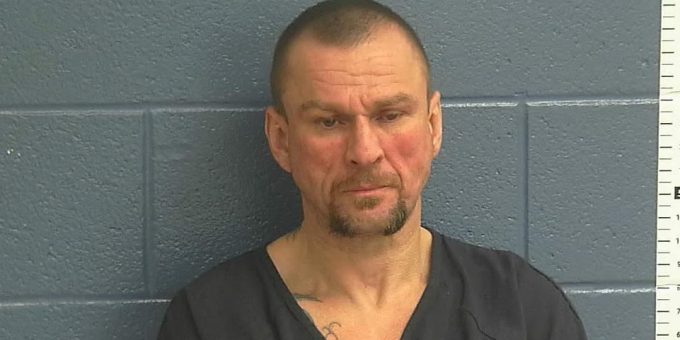 Indiana law only allows for white or amber lights to be displayed to the front of a car.

When the officers attempted to catch up with the Sonata, they realized the driver had greatly increased speed and was traveling approximately 100 mph as they continued south into Corydon.

The driver, later identified as 46-year-old Damon Michael Arnold, of Georgetown, Indiana, eventually stopped in Corydon and pulled in to a local hotel parking lot.

As Lavey and Novak continued the stop and investigation, they discovered over 24 grams of suspected methamphetamine as well as marijuana and drug-related paraphernalia. Officers also found Arnold was a Habitual Traffic Violator (HTV) with only an Indiana ID card.

Arnold was also wanted on a Level 6 Felony warrant out of Floyd County for HTV. Officers transported Damon Arnold to the Harrison County Jail without further incident.