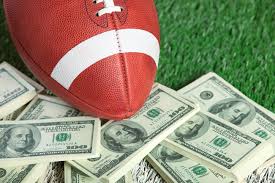 (UNDATED) – Approximately 3 million more American adults say they will wager on this year’s Super Bowl than last year, according to new data released today by the American Gaming Association (AGA). The AGA estimates Americans will wager approximately $6.8 billion on the NFL championship game between the Kansas City Chiefs and San Francisco 49ers.

Key findings from the survey, conducted by Morning Consult, include:

“With 14 operational markets and another seven close behind, Americans have never before had so many opportunities to wager on the Super Bowl in a safe and legal manner, and clearly, they are getting in on the action,” said Bill Miller, president and CEO of the American Gaming Association. “With increased visitation to legal sportsbooks, we are successfully drawing bettors away from the predatory illegal market.”

Viewership for NFL games rose five percent in 2019, up another five points from the year before. This is yet another example of how the NFL will earn approximately $2.3 billion annually due to increased fan engagement from sports betting. Previous AGA research found that 75 percent of NFL bettors say they are more likely to watch a game they have bet on, and sports bettors are more interested in the NFL than any other professional sports league.

“I have absolute confidence that Americans didn’t start betting on sports when the Professional and Amateur Sports Protection Act was overturned,” continued Miller. “What makes this year’s Super Bowl remarkable is that more fans than ever before will have the reassurance that the integrity of their bets on the big game will be preserved. The continued expansion of legal sports betting—to the detriment of the illegal market—truly benefits all stakeholders, from enhanced fan engagement for teams to added tax revenue for state and local economies.”

These findings, along with the AGA’s outlook for sports betting in 2020, will be discussed on a media call today at 11 a.m. ET. Reporters can register for the call here.

Morning Consult conducted the online survey on behalf of the American Gaming Association between Jan. 21-22, 2020, among a national sample of 2,200 adults. The data were weighted to approximate a target sample of adults based on age, race/ethnicity, gender, educational attainment, and region. The margin of error is +/-2 percent and greater among subgroups. Bettors include those who expect to place a bet online, with a bookie, with a casino sportsbook, in a pool or squares contest, or casually with family or friends.

The American Gaming Association is the premier national trade group representing the $261 billion U.S. casino industry, which supports 1.8 million jobs nationwide. AGA members include commercial and tribal casino operators, gaming suppliers, and other entities affiliated with the gaming industry. It is the mission of the AGA to achieve sound policies and regulations consistent with casino gaming’s modern appeal and vast economic contributions.