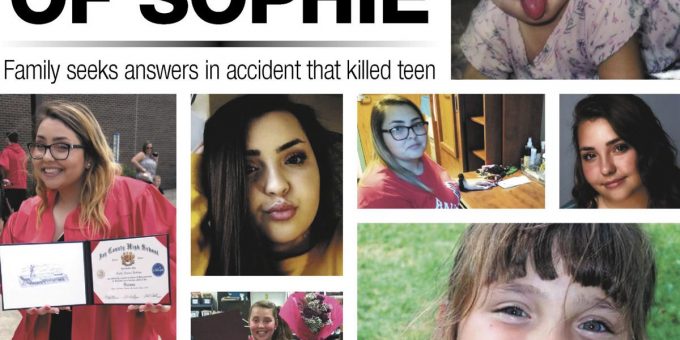 (ANDERSON) – Three Anderson teens have been charged for their alleged roles in a crash last weekend that killed a 19-year-old Ball State University student.

According to the (Muncie) Star Press, police said 19-year-old Sophie D. Robbins of Dunkirk was driving in Anderson early Sunday when her SUV left the roadway and rolled over several times after a rock struck the windshield. The teen who was ejected was pronounced dead at the scene.

According to police, 18-year-old Alex Lozano said that he and 19-year-old Keandre Williams were driving around the community when they saw Robbins and 18-year-old Javion Wright in Robbins’ car at a gas station.

Police said that Wright got into Lozano’s car and that witnesses said they saw Lozano’s car and one driven by Robbins speeding around the community and that rocks and other items were being thrown at each other’s vehicles.

After Robbins crashed, police allege the teens hatched a plan to leave the scene and to falsely report Lozano’s car had been stolen.

Later, all three were charged with a felony count of leaving the scene of an accident and other charges.

It was not immediately known if the three had retained attorneys.