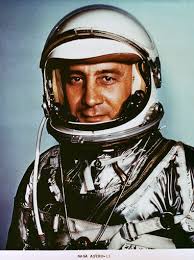 (MITCHELL) – On January 27, 1967, an electrical fire erupted during a simulation on the launch pad killing Virgil “Gus” Grissom, Roger Chaffee, and Edward White. These were the first United States Astronauts to die in a spacecraft.

This evening a ceremony will be held at 6 p.m. at the Gus Grissom Boyhood Home. Doors will open at 5 p.m.

The Apollo I was set to launch on February 21, 1967, however, a fire swept through the Command Module.

The astronauts entered the Apollo I spacecraft at 1 p.m. on Friday, January 27, 1967, when problems immediately arose.

The cause of the fire was not conclusively determined. Officials did identify the conditions that led to the fire. These conditions were a sealed cabin, pressurized with an oxygen atmosphere.

The mission was to be the first crewed flight of Apollo and temporarily stalled NASA’s push to the moon. There was an intense investigation and Congressional hearings.

In the aftermath of the tragedy, NASA did make space flight safer and in 1969, Neil Armstrong, and Buzz Aldrin walked on the moon.

Grissom had a poster that said “Do Good Work” and Grissom had concerns about the Apollo spacecraft and he voiced those concerns.

Part of this information was provided by NASA.