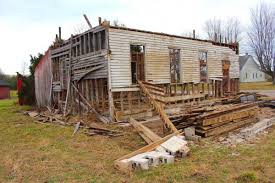 (JASPER) — A one-room schoolhouse where the last lessons were taught in early 1950s has been dismantled after efforts to find a buyer for the small southern Indiana building failed.

The Dick School had educated generations of Dubois County residents in rural Jasper from 1892 to 1951. But a few weeks ago, the shed-liked building was taken down piece by piece in the city about 40 miles (64 kilometers) northeast of Evansville.

The weatherboard structure with a tin roof was moved to a new location after it was closed, and it had remained in good shape. Robin Pate, the current owner of the property it stood on, had advertised the old schoolhouse and reached out to the Dubois County Historical Society.

But Pate couldn’t find any takers for the school, which had been the region’s last functioning one-room schoolhouse, The (Jasper) Herald reported. She’s selling the 2-acre (.8 hectare) site on which the building stood.

In its heyday, the school had housed eight grades. The school was named after the local Dick family because it was built on ground the family had owned. That land was deeded over for the purpose of a schoolhouse in 1882, and classes began a decade later.

Local historian Tom Kellams said he hopes some record of the small schoolhouse remains as a reminder to future generations.

“I just hate to see the history of a lot of the old schools disappear,” he said.