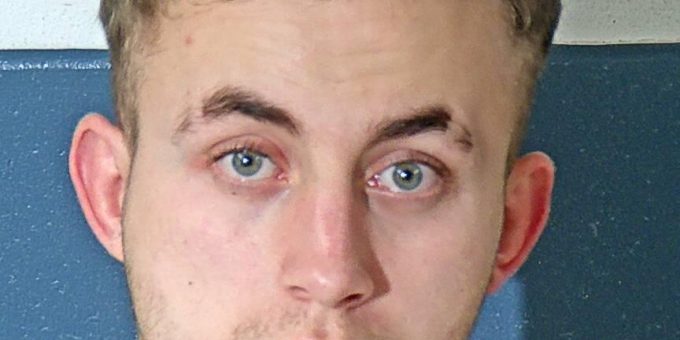 (BEDFORD) – A Bedford teen was arrested after Bedford police officers were called at 10:58 p.m. Saturday to the 1400 block of 13th Street for a domestic fight.

When officers arrived they found 18-year-old Austin Robertson and two females near the front door of the home.

“As the officer approached the front door the male walked towards the back of the house and eventually took off running,” says Chief Terry Moore. “The officer yelled for the male to stop and he did after a few seconds. While speaking with Austin the officer could smell the odor of an alcoholic beverage and it was determined that Austin was underage.”

He was arrested for illegal consumption and resisting arrest.