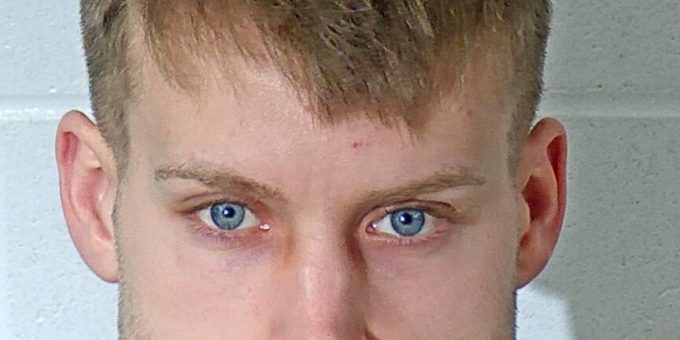 (BEDFORD) – Bedford Police arrested 23-year-old Jesse Prince, of Bedford, on a warrant on charges of battery causing bodily injury to a pregnant woman, battery, pointing a firearm, and interfering with reporting a crime.

According to a probable cause affidavit, on January 20th Bedford Police officers were called to a home in the 1910 block of 14th Street after a report of a domestic fight that occurred at another residence.

Police were told the female involved in the fight had left the place where the fight took place and was now at her older sister’s home.

When police arrived, one female victim told them she had been in a fight with her ex-boyfriend Jesse Prince. The other female told police Prince had pushed her.

Both females advised that Prince had pointed a firearm at them.

Police say one of the females is Prince’s ex-girlfriend and she is pregnant with Prince’s child. She told Prince had been “messed up” all day and woke up around 10 p.m. and the two started arguing.

When one of the females attempted to call the police, Prince knocked the phone out of her hand and grabbed her arm and told them if they call the police he would kill them both. He then pulled a gun from his jacket pocket and pointed it at them saying again if they called the cops he would shoot them both.