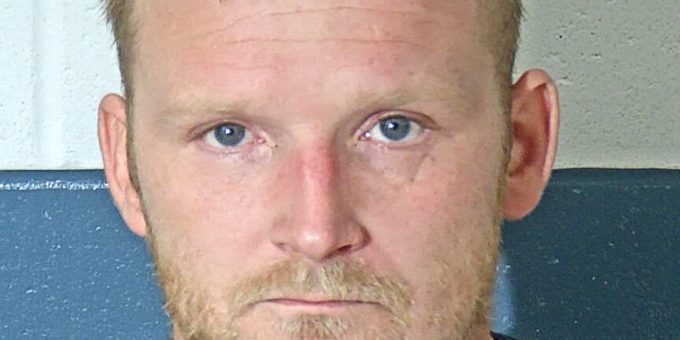 (BEDFORD) – A Martinsville man was arrested on battery and drug charges on Thursday afternoon.

According to Bedford Police Chief Terry Moore, an officer was patrolling in the 600 block of R Street around 2:30 p.m. Thursday when he recognized 32-year-old Jacob Lane walking in the alleyway.

The officer knew that Lane was wanted on an active warrant on charges of battery and strangulation. Lane was arrested and transported to jail.

While being booked into jail, a jail officer found a crystal substance inside of Lane’s wallet. That substance tested positive for meth.

Lane was then charged with possession of meth and trafficking with an inmate for bringing the substance inside the jail.

The battery and strangulation charges stem from an incident on Jan. 17th.

A woman came to the Bedford Police Department to say that Lane had injured her during a domestic fight and that she wanted to file charges.

The woman told police she was at Lane’s home to visit their children when Lane got into an argument with another woman on the phone. The victim told police she intervened and told Lane he didn’t need to be rude. In retaliation to her comment, Lane grabbed her by the throat and choked her while pushing her against a wall. She pushed back to get away and fled the home.

The woman signed a battery affidavit and a warrant was issued for Lane’s arrest.