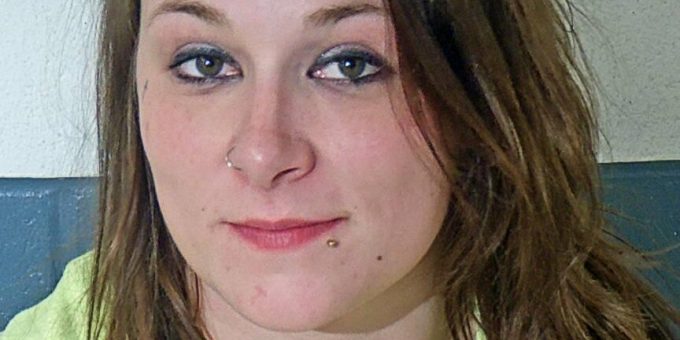 (BEDFORD) – A Mitchell woman was arrested early this morning on a warrant charging her with battery causing bodily injury.

According to a probable cause affidavit filed by Bedford Police Officer Jarrett Tedrow, on Jan. 16th at 1:43 p.m. he responded to Becky’s Place after a report of a battery.

When he arrived he was met by the victim who reported at approximately 12:30 p.m. that she was walking from the Lawrence County Jail on I Street to Becky’s Place located on Fifth Street. The victim told Officer Tedrow she was at the jail to get a bracelet attached to her for house arrest.

The victim told Officer Tedrow when she was in the area of Sixth and J streets a silver Jeep pulled up next to her. The Jeep was driven by an older woman with white or gray hair. Barlow was a passenger in the Jeep.

The victim told Officer Tedrow, Barlow exited the Jeep and struck her with a closed fist and pulled her hair. Barlow hit the victim on the right side of her face. The victim told police she did not fight back.

The driver of the Jeep did not exit the vehicle but made loud “whoop” noises during the altercation.

After attacking Barlow then got back in the Jeep and the vehicle fled traveling west on Sixth Street.

The victim could not report the crime right away because she didn’t have a cell phone. She proceeded to Becky’s Place and spoke with the staff and called 911 to report the attack.

Officer Tedrow reported the victim did have redness to the right side of her face.

Officer Tedrow filed a report with the Lawrence County Prosecutor and a warrant was issued for Barlow’s arrest.