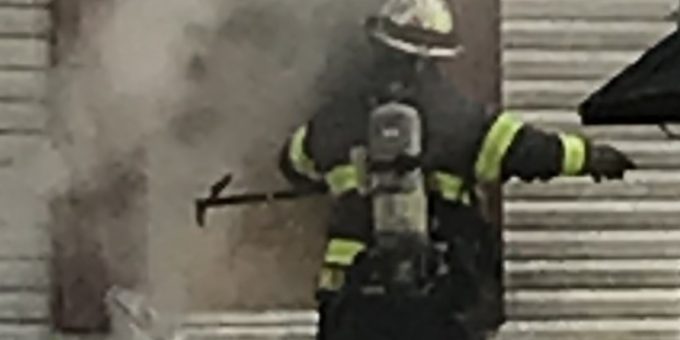 (BEDFORD) – A furnace is to blame for a mobile home fire on Trinton Avenue on Wednesday afternoon.

“The furnace malfunctioned, and the motor to the furnace caught fire, with the blower glowing when one of the occupants of the home discovered the fire,” Shawswick Fire Chief Bobby Brown reported.

The 911 call reporting the blaze at 20 Trinton Avenue came in at 2:07 p.m. with firefighters from Shawswick and Marion Township responding to battling the blaze.

An IU Health Ambulance crew also responded and treated one occupant of the home for smoke inhalation but she was not transported to the hospital.

The home is being rented by Adam and Amy Reed, with two children ages 11 and 17.

Duke Energy was contacted to disconnect the electricity while firefighters were putting out the blaze. Firefighters were on the scene for a couple of hours to bring the fire under control.