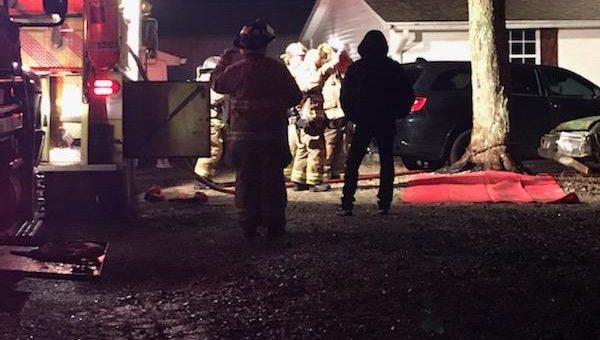 Firefighters were alerted to the blaze at 7:38 p.m. at the home of Brad and Heather Holmes. Brad is a teacher at the North Lawrence Career Center.

Brad and Heather were home when the fire started. They smelled the odor of smoke, exited the home and called 911.

There were smoke detectors in the home but the family smelled the smoke before the alarms sounded.

According to Shawswick Volunteer Fire Department Chief Bob Brown, the fire started in an electrical junction box in the attic.

Firefighters extinguished the fire quickly. They did have to remove several layers of insulation to prevent the fire from rekindling.

An AMR ambulance also responded. No one was injured.