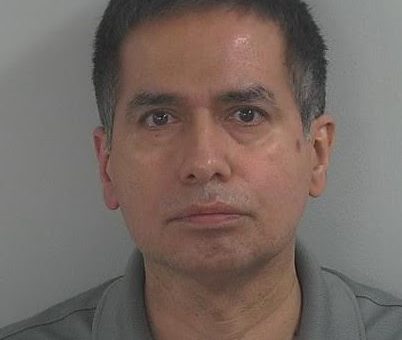 (BUTLER) – Wednesday afternoon, detectives from the Indiana State Police Fort Wayne Post concluded a criminal investigation of a local massage business in Butler, which resulted in the owner being arrested on a charge of rape.

The Indiana State Police began investigating Butler Creative Touch Massage in Butler after a female made an allegation of non-consensual sexual activity when she was receiving a massage earlier this month.  During the investigation another female came forward to provide information that she experienced a similar event at the Butler Creative Touch Massage 2 years prior.

Detectives conducted a consensual interview with the owner/massage therapist James (Jim) Whitman, the alleged perpetrator of the sexual activity.

Police say 57-year-old Whitman has practiced massage therapy for over 10 years in Butler.  He is not licensed through the State of Indiana but holds a certificate from the Center for Vital Living School of Massage Therapy.

The complete investigation was turned over to the DeKalb County Prosecutor’s office for review, who in turn was then able to secure an arrest warrant for Whitman.

Whitman was taken into custody by ISP detectives around 3:30 p.m. Wednesday without incident.  He was transported to the DeKalb County Jail where he was booked into custody and awaits an initial hearing on a felony charge of rape.