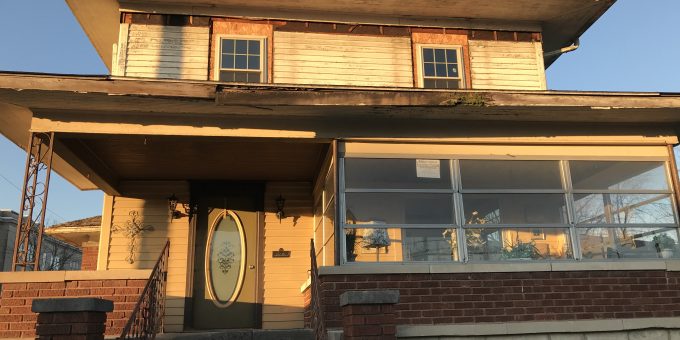 (BEDFORD) – The Bedford Plan Commission voted to move two requests on to a public meeting.

The first request was made by Terry and Christina Chastain to develop a 20-acre minor subdivision at 233 Eastlake Drive. The land will be subdivided into two parcels one 17-acre lot and a 3-acre lot.

The second request was made by Turn-Key Enterprises who requested to change the zoning for 1321 16th Street. The lot is presently zoned R-4 and they requested it changed to B-2 for office use.

Plan Commission member Angel Hawkins abstained from the vote as this is her property.

Appointed to the Plan Commission by Mayor Sam Craig were Byron Buker, Scott Moore, Bill McFadden, Steve Kimbley, and Dave Jacobs. Noah Browning and Angel Hawkins were appointed to the board by the Bedford City Council. Dan Kirk, who is plan commissioner, serves as secretary until March when Brandon Woodward will take his spot.

Dan Kirk informed the commission that Domino’s will be going in at 16th and M streets at the former Copy Trolley location.

Also, PACE, a counseling service, is now opened behind Pizza-Hut. They help people to become self-reliant. For more information on their services, you can call 812-675-0247.

Plan Commissioner Kirk also explained that the plans for the old Broadview Bowling Alley fell through after the selling price for the location went up and the State of Indiana required the building to have a sprinkler system. Due to the overwhelming additional costs, Chuck Hensley backed out of the deal.