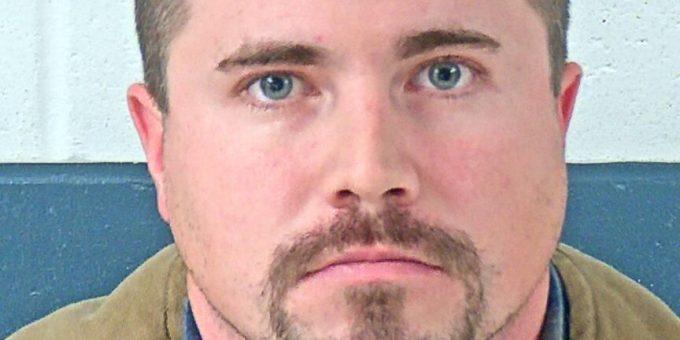 Indiana State Police Troop Robert Whyte was on patrol at 2:50 p.m. on Mitchell Road when he stopped Hill for speeding. Trooper Whyte says Hill was traveling 54 miles per hour in a 35 miles per hour zone.

“After speaking with the occupants of the truck, further investigation led to probable cause to believe that all three were under the influence of alcoholic beverages,” says Trooper Whyte. “Mr. Hill was asked to exit his vehicle and complete a portable breath test on the side of the road. He did and the results were 0.128. He was then transported to IU Bedford for a certified blood draw.”

The results of that blood test are pending.

He was arrested on charges of operating a vehicle while intoxicated endangerment and OWI. He was transported to the Lawrence County Jail. He posted a $300 bond Tuesday and was released from jail.

Paoli Police Chief Randall Sanders demoted Hill from the rank of assistant chief to an officer and reassigned him to patrol duty until the outcome of the criminal charges.