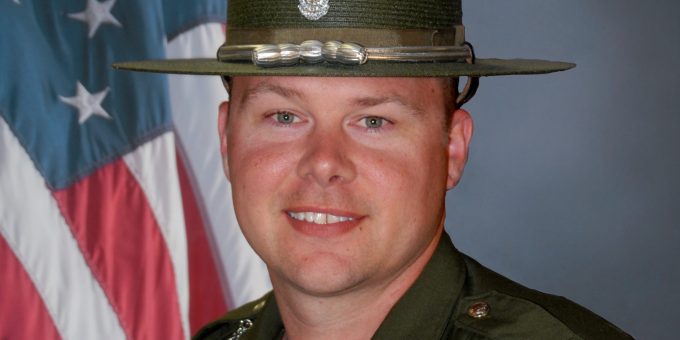 (GIBSON CO.) – Indiana Conservation Officer Ryan McIntyre, who serves Gibson County, has been selected the 2019 District 7 Officer of the Year.

McIntyre was also raised in Gibson County. He has been a conservation officer for seven years.

McIntyre is now in the running for the Pitzer Award, which is given to the top overall conservation officer in Indiana and selected from the 10 district award winners.