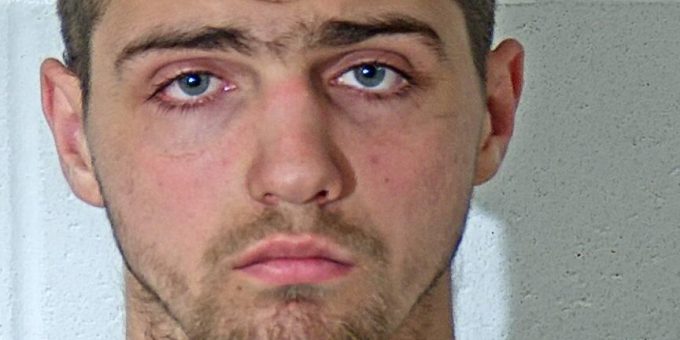 (BEDFORD) – A Bedford man was arrested early this morning after he broke into Ferguson Lee Funeral Home.

Officers were requested to Ferguson Lee Funeral Home after they received a phone call at 1:50 a.m. from an employee reporting the alarm was sounding at the funeral home.

“Officers arrived on scene and noticed glass from a door on the ground,” says Chief Terry Moore. “Two officers entered the business while two officers watched exit doors.  While clearing the business the accused tried to leave out one of the doors where an officer was waiting.”

Chief Moore says Taylor admitted to breaking the glass and entering the business.