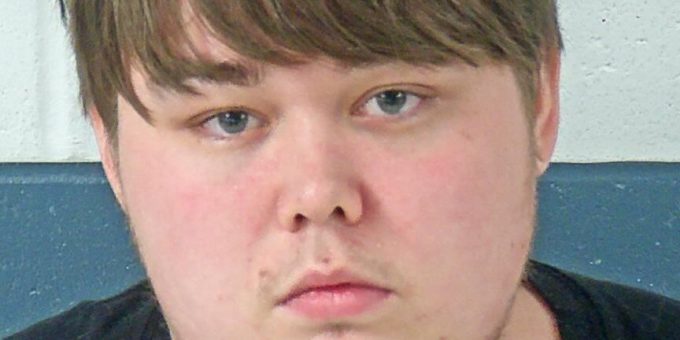 (BEDFORD) – Lawrence County Sheriffs Department deputies arrested 20-year-old Noah Dotts, of Salem, formerly of Bedford, on Saturday after a warrant was issued for his arrest on charges of cruelty to animals and torturing/mutilating an animal, possession of meth and possession of drug paraphernalia.

According to a Superior Court probable cause affidavit, on April 30th around 6:16 p.m. Bedford Police officers were called to the storage units in the 3100 block of P Street after a report of multiple dogs being locked inside of a storage unit.

When officers arrived they spoke to a male reporting he could hear the dogs barking inside of unit 87.

When Officer Clint Swanson approached the unit “I could hear barking and squealing from unit 87.”

“Sgt Crane and I could not get the bolt cutters around the lock,” Swanson wrote. “I got a crowbar out of my patrol vehicle and physically bent the latches on the door until Sgt. Crane could get the bolt cutters around the lock. Once the lock was removed Sgt Crane stood by with the door cracked while waiting on animal control to arrive on the scene. An excessive amount of heat was exiting the crack in the door along with the odor of feces. The storage unit did not have any form of ventilation, windows or any AC unit.”

While waiting for animal control Sgt. Crane cracked the door and they could see multiple adult dogs, puppies and blood all over the floor of the storage unit.

Officers and animal control removed 8 adult dogs and 9 puppies. One of the adult dogs was injured and bleeding.

“One brown adult canine was hurt extremely bad and bleeding, As officers attempted to get the dog to stand it couldn’t. Officers had to physically pull the dog over to a blanket and carry it to the animal control truck. Each dog removed from the storage unit appeared to be malnourished and you could see their ribs bones and the hip bones of each canine. Officers were unable to locate any source of food or water for the canines inside the storage unit,” Officer Swanson wrote.

While removing the dogs, officers located a metal smoking device, and a small container covered in black duct tape the container contained meth.

Officers later determined the storage unit was being rented by Noah Dotts. Officers contacted him and requested he come to the department to speak to officers. Dotts told police he was in Evansville and would come to the station when he was back in town.

A warrant was issued for Dotts arrest.