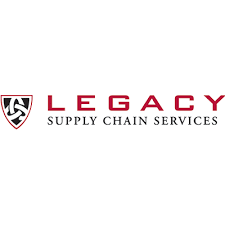 (JEFFERSONVILLE) — More than 200 workers are worried about the future of their jobs at a southern Indiana warehouse.

The company that operates Legacy Supply Chain Services in Jeffersonville has notified state officials that it would cease operations and lay off all 257 employees in March.

Many of those workers gathered outside the warehouse this past week to protest what their union leader said is uncertainty with a new subcontractor taking over the facility for Chinese-based appliance maker Haier Group.

The current employees can reapply for their jobs, but those positions will through a temporary agency, union local President Jammie Willen told the News and Tribune.

Union officials said they’re trying to meet with the new company in order to negotiate a new contract for the workers.

Kevin Dukett, who has worked at Legacy for two years, said he hoped contract talk will happen.

“Not knowing whether or not I’m going to have a job that makes enough to support myself, let alone a child in this community, it’s just heartbreaking,” he said.