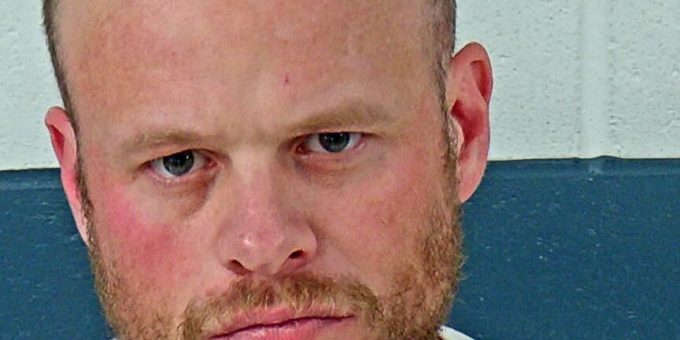 (BEDFORD) – A Bedford man was arrested after he attempted to swallow meth while speaking to an officer.

Bedford Police officers were looking for a missing female in the 500 block of 15th Street Friday when they noticed a male walking out of an apartment.

“Officers were told earlier there was no one in the apartment,” says Chief Terry Moore. “An officer stopped the male.”

The male was 38-year-old Viking Wright.

“While speaking with him he tried to remove a plastic bag from his pocket that appeared to have a green and white substance inside,” says Chief Moore. “He then shoved it back into his pocket and then pulled the baggie out of his pocket again this time trying to put it in his mouth.”

Wright pulled away from the officer and had to be restrained until other officers arrived.

“The substance in the baggie tested positive for methamphetamine,” added Chief Moore.

Wright was arrested on charges of resisting arrest and possession of meth.