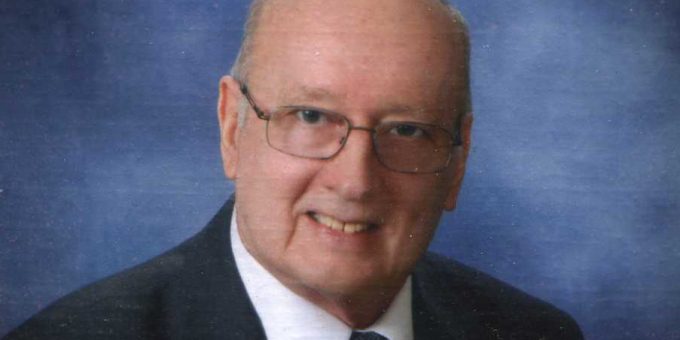 Cecil Raymond East, 80, of Bedford, passed away on January 18, 2020, at Bloomington Nursing and Rehabilitation Center.

Born September 8, 1939, in Lawrence County, he was the son of James and Thelma (Mayfield) East. He married Nancy Vaught on September 15, 1964, and she survives.

He was a Bedford High School graduate, Class of 1958. He retired from the United States Postal Service as a mail clerk where he worked for over 40 years.

Cecil was a United States Air Force veteran and a member of the American Legion Gillen Post #33. He was also a member of St. Vincent de Paul Catholic Church and a past Grand Knight for the Knights of Columbus.

Mass of Christian burial will be at 11 a.m. on Friday, January 24, 2020, at St. Vincent de Paul Catholic Church, with Father Rick Eldred and Deacon Dave Reising. Burial to follow at Cresthaven Memory Gardens. Visitation will be from 4 p.m. until 8 p.m. on Thursday, January 23, 2020, at the Ferguson-Lee Chapel of Thorne-George Family Funeral Homes. Rosary will be prayed at 7 p.m.

Memorial contributions may be made to Alzheimer’s Association in memory of Cecil.