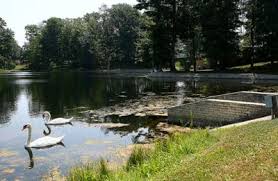 (PERU) — A northern Indiana county is seeking to overturn a court ruling that puts it on the hook for costly repairs to six aging dams in a lake-filled subdivision.

Miami County is challenging a Marion County judge’s August ruling which found that the Indiana Department of Natural Resources had the authority to require property owners and Miami County to fix the dams at the Hidden Hills subdivision. That judge also found that Miami County was fully responsible for those repairs.

But Miami County has asked the Indiana Court of Appeals to overturn that decision, which could leave it saddled with hundreds of thousands of dollars of repairs, the Kokomo Tribune reported.

The county wrote in a brief that the subdivision’s property owners should share the burden of fixing the dams since the lakes created by them are only used by residents for their “own private pleasure.” That court filing also notes that the homes’ waterfront views have raised their property values.

“The County, by contrast, gains no benefit from the dams,” the brief states. “It maintains roads. It does not matter whether those roads traverse dams or the ground.”

Residents of the Hidden Hills subdivision, in turn, asked the Court of Appeals in their brief filed this month to uphold the Marion County judge’s ruling that requires the county to fix the dams.

Attorney Anthony Spahr, who represents over 30 of the subdivision’s homeowners, wrote that the county has had the means and authority to make improvements to the dams for years because the county has been maintaining roads on top of the structures, but chose not make those improvements.