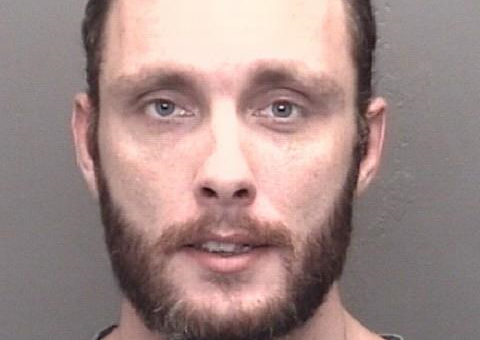 (VANDERBURGH CO.) – On Friday. at approximately 6:50 p.m., Indiana State Police, Vanderburgh County Sheriff’s Office and Scott Township Fire Department responded to the parking lot of Gardos Italian Oven restaurant located at 13220 Darmstadt Road after 911 received a call that a male had fallen off a moped and was injured.

The moped rider was identified as 31-year-old Matthew D. Mattingly, of Vincennes. Mattingly was intoxicated and was unable to submit to standard field sobriety tests. He also refused to submit to a chemical test.

As Scott Township firefighters were checking Mattingly for injuries he struck a female firefighter in the face.

Mattingly resisted arrest and made threats toward law enforcement. He was taken into custody and transported to the Vanderburgh County Jail where he is currently being held on charges of driving while intoxicated with a prior conviction, battery against a public safety official, intimidation, resisting arrest and disorderly conduct.