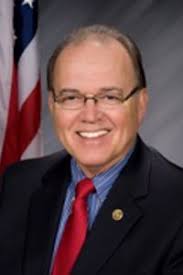 (INDIANAPOLIS) — A Republican state senator is pushing for the elimination of Indiana’s primary elections for the US. Senate and proposing that political parties select candidates at conventions.

Sen. James Buck of Kokomo presented his plan to the Senate Elections Committee last week. He said a bloated federal bureaucracy grew from the movement toward voters — not state lawmakers — electing U.S. senators before the adoption of the 17th Amendment in 1913.

Buck believes the public would trust that delegates at a state party convention would select the best Senate candidates and that eliminating primary campaigns would make running for office less costly. Voters would still decide the senator in the November general election.

The Republican and Democratic state conventions currently pick nominees for statewide offices such as lieutenant governor, attorney general and secretary of state. But the major offices of governor and U.S. senator have gone before primary voters for decades.

Republican Sen. Erin Houchin of Salem told Buck that she would prefer leaving the Senate candidate decision to voters rather than a much smaller pool of party convention delegates. Nearly 507,000 people voted in Indiana’s 2018 Republican U.S. Senate primary.

The committee chairman said Thursday he didn’t know whether he would hold a vote on the bill.